We're not going to be supporting you any longer: on Girls criticism.

Also an introduction to the characters, since my incoherent summary afforded none, before I clarify my critical thesis and make poor, word-shaped internet faces at criticism that I feel fails to strike the right blow. 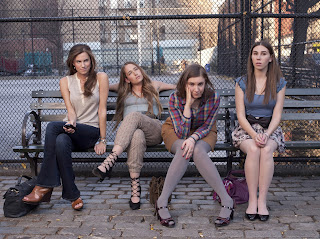 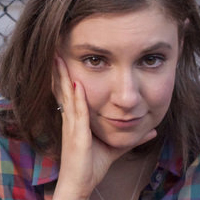 Hannah Horvath, played by Lena Dunham, graduated two years ago with a BA in English. While living on funds supplied by her parents, she interned with a tiny, eminently hip publisher, waiting to be recognized and promoted to a paid position. When her parents sever their financial ties with her, Hannah tries to suggest (the feeble language is appropriate) she get paid for her work, and she is as passively dismissed. She has a metabolism for shabby males that makes me physically sick. Her growth is something I can't wait to observe. My mammoth disappointment with Tiny Furniture is that Dunham's character in that, Aura, took no refuge in her art - her art seemed to have no meaning for her. I want to see Hannah really kicked to the curb, taking solace in art, producing something that has meaning for her that - again, to her - justifies her struggles. I would be disappointed if the show climaxed with her in her dream job. That would be like her getting married. Like getting married, there's nothing wrong with attaining one's dream job. But to have Hannah get a job at major house or get a book deal would be a red herring, a finger-wag to the audience: if you were an ambitious lovely clever white girl in New York City, you too could be successful! But art making you a happy person in spite of everything: everyone can have that. 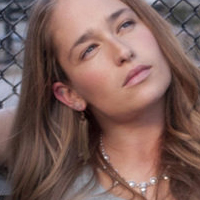 Jessa Johansson - played by Jemima Kirke - traveling. She blusters in and out of her friends' lives, is not privy to contemporary cultural developments, and is pregnant. I did not mention in my summary of the pilot how much I enjoyed how they integrated this fact into the conversation that she had with Marnie, as she was chastising Marnie for mothering Hannah. They are clearly not much for each other, and Jessa's disclosure of her pregnancy felt - to me - like an assertion of power, that she is capable of stating it and dealing with it plainly. From only what of her was glimpsed, in slim and crowded scenes, she's the least like her type, Francophile-"you have to go to Paris" flippy rant notwithstanding. The fact of Kirke and Dunham being close in real life comes through in ways I find very touching, in the way Kirke is photographed. In the scene where she arrives quietly, sleeping in the taxi, I remembered the parts of Tiny Furniture that mix poignancy and humor, and I thought that was a lot more sophisticatedly integrated here. 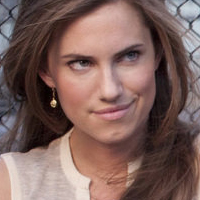 Marnie Michaels, played by Allison Williams, all ready someone I don't like. I had occasion to unleash some wake-the-neighbors screaming yesterday, as I had one of the most frustrating weeks I've had since January (when I found out my job at the time had designs on moving my position to a different office in a different town and I had to resume looking for employment the week that I'd settled into my apartment - January was a frustration record breaker, so this is significant). As I told my roommate: there is one creature of both cisgenders that I indiscriminately do not like. One is observable elsewhere in the pilot, in two different models. The other is Marnie, although her evil is played very neutrally so far. I am grateful that Dunham isn't as repelled by people like her as I am - I envy people who can write intelligently characters for whom I have, in real life, such blinding disdain. It felt good to write that. Clearly I am projecting and thinking of someone real. I don't want to skip ahead, but according to Wikipedia, Marnie works for a PR firm. When I read that I said, "Of course you do, you bitch," aloud. My roommate probably heard me. 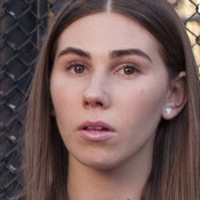 Shoshanna Shapiro, played by Zosia Mamet, has parents who feel - despite how much more expensive it is than the dorms - that she deserves her own perfect bachelorette pad, I quote. Her scene was very slight, but exact enough that based on that - and so far, that's what's being judged: one half-hour episode - I'm surprised that the backlash has to do with the privilege demonstrated by the characters*. This character is privileged and airheaded and everything about the scene she was in made her look like a boob. This is a real-life character, and this is a horrible and hilarious character who should be dealt with in a way that isn't Say Yes to the Dress, consumer-glutton exploited for the sake of reality TV. On reality TV, where people like Shoshanna live, someone can be like this scene again and again, mounting, multiplying, like pop art. The impact is in the repetition, the mounting of completely insane behavior (so far, Shoshanna's done nothing batshit, but I can see it coming with such clarity). But this is a narrative where Shoshanna has a chance to grow and reject whatever impulse drives one to characterize oneself entirely in Sex and the City references.

* On the subject of privilege: I'm not interested in defending or justifying anything - I am interested in hearing other arguments about this show. This is the least interesting thing to discuss, for me, because my interest is in the craft of the narrative and the way the characters are formed through dialogue and action. IF the story was new to me, however, then the story would be freshly engaging, which this one is not. And on top of it all: New York. I am far far far from disliking New York - I enjoy extreme proximity to it, I go there every year, I spend approximately six months every year getting over having to leave the museums. But from this and work like it, you'd think that's all there is: New York City, and everywhere else nobody does anything. And I personally, in my young and ruthless way, have no sympathy for anyone who pays four figures in rent. This is the kind of thing that would prompt me to compare my lifestyle choices with a fictional character's.

The issue with the lack of diversity - the tremendous reaction to a half-hour pilot! - let me get my thoughts in order. In one such reaction - "Not One of Lena Dunham's Girls" - the reviewer stated that she felt the marketing of Girls had her under the impression that this show spoke to the contemporary twentysomething post-undergrad professional experience, and -with that expectation in mind - the lack of characters of color made her furious. My first feeling manifested as a long groan. This is a novel exercise for me, watching this show, because if I'm going to seek out something that speaks to my experience, I don't trust the marketing of a major TV network, and this reviewer shouldn't either. Don't get exasperated with a system that has shut you out: reject it. Move against it. Exclude it. Justification or defense would be ridiculous in terms of a half hour of a project that will be much longer, helmed by a person very capable of justifying or defending her own decisions. But being angry that a big company bankrolled something that doesn't challenge established notions of who stars on TV shows is a fruitless endeavor. HBO isn't going to be the trailblazer.

I am not interested in Girls because it speaks to my experience (which is ineffectual) - I'm interested in what Lena Dunham does. I find the "nepotism" accusation to be in poor taste and a waste of an accusation. Families where members move within a particular industry are legion. You have to want to be doing what you're doing, even if you are at an advantage. As long as they're serving their purpose, I don't care who they are, especially if they're actors. I am thoroughly Hitchcock in my feelings about actors. But Lena Dunham got right up after school and made a sophisticated film and now she has a TV show. Maybe all of that was orchestrated by a shadowy other. I want to believe that it's all her and her drive, and that is someone to whom (unappraised) attention should be paid. She can get things done. I want to see what she does with that power. I want to see other girls with that power.
Posted by Unknown at 8:43 PM