First of all, it's my best friend Clare's birthday. I've known her since 2003, making this February our first decade together.

I got called out on deeming 2012 a bad year. Considering all the negative things that did occur, I owe it to myself to not let them obscure the good, because what was good was brilliant.

My chapbook, Say you're a fiction, came out from Dancing Girl Press and the cover was designed by my best friend, Kara Sheaffer. 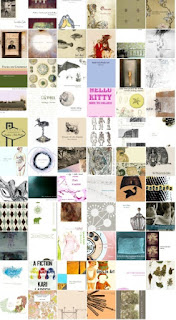 Throughout 2012, Dancing Girl editor Kristy Bowen saw sixty titles by female poets into the world. Dancing Girl is nine years old this year and has released chapbooks by Kate Durbin, Leigh Stein, Erin Bertram, Gina Abelkop, and many other writers who are doing what I think are the best things right now. The beauty of Kristy, Gina (editor of Birds of Lace), and Blood Pudding Press' awesome Juliet Cook's respective work was recognized at the ModCloth blog last January. After that, each of them proceeded to out-fancy themselves. I got the news that Say you're a fiction was accepted in the summer of 2011, before I went to &Now and got to tell Carole Maso I had a chapbook coming out and she told me how wonderful it was and how I am just beginning. I don't know about others - college is rough and the economy is unforgiving, but I am very comforted in this being a beginning and not a "now what after all that." And for a beginning, I am so proud of Say you're a fiction that I regularly hold my copy to my chest and slow dance to the Eyes Wide Shut soundtrack. I wrote such an amazing narrative sequence with these poems. I loved being in the text and forming it and it is so strong and ready and happy in the arms of others now. Gina named it as one of her favorite things of 2012 along with Andrea Quinlan's We Speak Girl - which will inaugurate my 2013 reading - and I hold her opinion in intense esteem. And one of my top two extreme best friends forever did the cover art. This is the best of all possible worlds.

My chapbook-length essay, the Black Telephone, came out from Unthinkable Creatures but as importantly, editor Kristen Stone and I became friends. 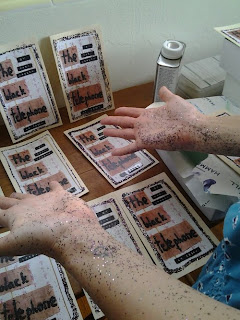 Unthinkable Creatures was hatched this year by Kristen Stone whose friendship and email-voice was one of the things that made 2012, at its molten core, warm and comforting instead of a scorching hellscape deathtrap. She did such tender, beautiful things with a text that alarmed me to write and then enabled me to finally talk to my mom about some things, and now I enjoy such an improved and enormously supportive relationship with her. I am overwhelmed with gratefulness at the responses of others to the Black Telephone and I still feel the cheer-riven impact of the early-in-our-friendship compliment that Kristen Stone paid me when she read my short story, "Cellar Holler," on Spork. I never write for someone to come back and inform me what I wrote was beautiful, and when they do, it never stops being the kind of thing that can turn around months derailed by horror. This is to say that that glory notwithstanding, working with Kristen Stone reasserted to me that it is the process of production - working with a caring, visionary co-conspirator - to bring something into the world that will inform others they can bring or help bring other things into the world.

This was what I tried to tell the audience during the panel I was on at the Third Annual Harrisburg Book Festival when asked why publish if you're not going to get a heavy advance/a New York Times Literary Supplement review/so forth, but I think all they heard was how happy I was to be there.

I was on a panel at the Third Annual Harrisburg Book Festival and not only that I was asked to be there by the owner of the Midtown Scholar. 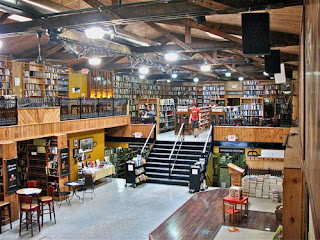 I didn't get to the first one because I was depressed and still living way out in the country. I attended the second one in order to write an article about it. When Catherine Lawrence asked me to be a part of it, I responded out loud to her Twitter direct message. Like I said, I'm not in the business of writing for accolades, but since so much of what I do is remote, online, read by Wayfaring Googlers and people in lobbies and waiting rooms, getting to talk about what I do to a crowd that I never would have anticipated would be as engaged and responsive and adoring - that was a dream come true and so much fun and I still feel so good. Catherine Lawrence is so eloquent that her compliments are like blissful firecrackers going off all over your nervous system. I love Harrisburg and I love the Midtown Scholar being in it. Now when I transact business in "the Classroom," where the panel was held, I get that extra oomph since it's the site of my glory. 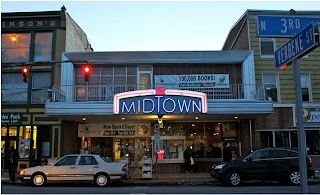 I had a short story in Two Serious Ladies. 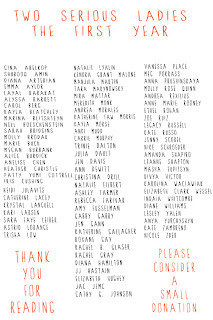 I can't even deal with that roster and the fact that I'm on it still gives me next-level feelings about what I'm capable of. I am absolutely ravenous for anything Lauren Spohrer features on Two Serious Ladies and its every update has been an event for me. I don't send anything of mine anywhere if I'm not going to be turning every second I get alone into private dance parties upon acceptance or cry as often about rejection. BUT this acceptance was special. This was like Courtney Love, Jessicka Addams, Katie Jane Garside, Amanda Palmer, and Zoe Boekbinder singing a song I wrote on my birthday while sliding me a cake with icing-written lines from Sylvia Plath poems. This was exactly like that.

I became friends with Liz Laribee.

The first time I went to the Scholar, Liz was working. I used to take the bus there from my parents' house, which is an hour's bus ride even though if one is driving, it is not quite a half-hour. That was right after I graduated when I was pretty dour, but Liz always had something crackling to say about my purchases. Last year I saw her cardboard portraits hanging at the Midtown Cinema and they knocked me out. 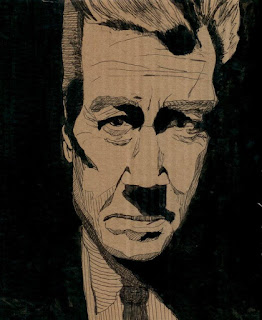 This is more talent than I suspect any old acquaintance to have. I interviewed Liz and she honored me by naming her business after the title of the article ("Recovering/Uncovering"). The rest of 2012, for me, had so many emotional sinkholes that, by comparison it made the roads of this state look pretty smooth. But Liz got empowered and organized and started the MakeSpace. This really inspired me, and I took the initiative to fill those emotional sinkholes. Thanks to her support and kind words and a really wonderful breakfast the week before Christmas, the foundation I am moving forward on is a lot more solid. I'm looking forward to talking more about the MakeSpace soon. There is so much and it's wonderful because it's coming.

That's five, although only very roughly a top five since everything good this year made an evenly positive impact on my health and wellbeing.

So far this year, I received a request to submit to a journal and found out Eraserhead is coming to Criterion. I'm all ready sold on you, 2013.
Posted by Unknown at 10:39 PM