Oh my goodness, I read Modelland.

Modelland is Tyra Banks' bizarre foray into young adult literature. "Oh my goodness" is what I say when I'm trying not to swear. A former employer once told me she found it spooky, how much I said "oh my goodness."

I was really frustrated that I could not just find a synopsis of this book that might help me limp my way through it — it is just shy of 1,000 digital pages. The lack of available synopses tells me what I suspected as I found myself up at 4 a.m. trudging through superfluous detail after superfluous detail: no one — alive on Earth, I think — has finished this book. It took me half a year.

If I were deeply invested in driving traffic to my blog, I would not talk about anything but Jemima Kirke. 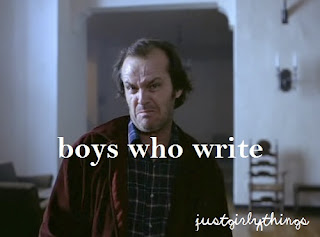 Last night, David Sedaris was downtown. The crowd, all of whom were well-dressed, gave over to throat-shredding scream-laughs. He rebounds from audience questions in a way I really admire. The only moment he became reactionary was when someone asked him if he experienced any anxiety around Macy's. He explained that he said nothing bad about them, and he said it a number of times before he moved on but eventually returned to the point, citing that they made employees sign an agreement that they would not write about their experiences as Macy's employees. The tyranny of retail: I know it.

I loved the rhythm of his show: long story, vignettes, long story, diary entries/jokes. My days have followed a nice trajectory, too. I got several installments of extravagantly good news. And I had a blast copyediting two features in the forthcoming second issue of Local: a Quarterly of People and Places, which is now available for preorder. Coming soon also: genuine sharing of news, extreme gestalt review of Girls season 2.
Posted by Unknown at 8:47 AM No comments: 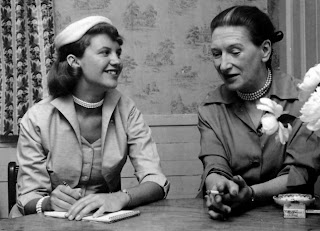 In Twin Peaks: Fire Walk With Me, Laura Palmer knows she’s about to die. Agent Cooper points out how, while she did not commit suicide, she did consent to and prepare for her murder. In her last days, she warned her best friend, Donna, not to wear her stuff: don’t fetishize me, she was saying, don’t make me into a symbol or a set of aspirations, don’t channel me as a transcendent measure to get free from your boring suburban life; I am a broken person and I am in so much pain. It’s an incredible privilege that the dead girl gets - after an audience is not only used to her as a structuring absence, but they’ve also seen Donna access her sexual awakening by wearing Laura’s sunglasses. Mad Girl’s Love Song is the kind of book Donna would have written about Laura Palmer: endowing talismanic power to incidents and items in lieu of presenting the facts of her life and why she is worth discussion.


I wrote about Mad Girl's Love Song, the 02/13 biography of Sylvia Plath by Andrew Wilson, for HTMLGIANT. This was a joyous exercise: the book was irritating and compelling. Please see the review for vignettes about caviar and diagnoses of borderline personality disorder.
Posted by Unknown at 5:28 PM 1 comment: