Despite the creeping existential dread.

Ben Schachtman, fellow Associate Editor at Anobium, reviewed my Say you're a fiction with such affection for the Conium Review. 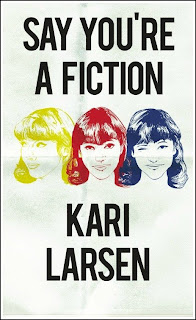 I’m willing – happy, even – to surrender to her dreamscape; Larsen’s heroines aren’t going quiet into that good nightmare. Despite the creeping existential dread, they are ready to fight, both against the ‘two men’ who stalk her and the larger forces which those men stand in for. A métaphore noir: we already know the plot, but sometimes the characters manage to subvert the script.

I wrote my first piece of Journalism (capital "j") this past week (these past weeks) and my stomach acid's tsunami'd its way through my entire nervous system and I'm presently one big blur of hyperbolic stress. Of course it serves me to try new things, but does it serve those waiting for their news?

I tried to put all of this out of mind on my trip to New York. I've never drank in New York because the stress of travel used to be so great. Now I experience pretty equilateral calm all over, I don't have to use maps, and I felt like drinking at the MoMA. Of this leg of the trip, my Significant Otter said, "I was very concerned you were going to start touching the art." I did get perilously close to that Claes Oldenburg stuffed pie.

The Algonquin's been renovated and it is exceptionally swank by this person's standards (my swank-barometer has everything to do with the number of chairs, ambient light, and accessible, sleep-ready surfaces in a given space). A lot of time was spent in the hotel room. Working out of my bed hasn't disqualified a large, clean bed in New York City from being an ideal vacation destination. Unlike busier, more chaotic periods of my life, I used this trip to genuinely relax. I spent a long time around statues at the Met and a long time in the lower level of McNally Jackson. I asked a bookseller at the Strand to help me find both a Crackup at the Race Riots and the Fire Next Time.

Then my interview with Ian Kanski was hoisted atop Harrisburg Magazine's site, where it looks outstanding. I spoke with Ian for three hours. It was incredible what a fluid monologue he delivered me. It was very difficult to edit. This is such a fraction of it.

I have two more MakeSpace artists left. Look out! I've been doing this since January and it's going to be June. 2013's really caved in on me.

Over the course of my internship I read all the books heretofore a part of Dorothy: a Publishing Project and now OH MY GOD LOOK WHAT'S COMING OUT: 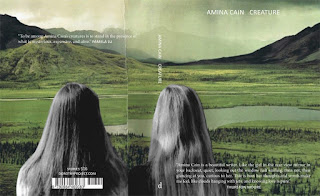 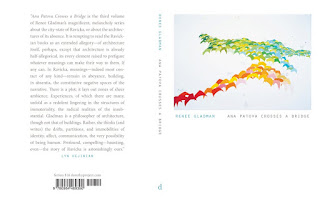 This humiliates the notion that "good news" can exist outside the context of books. The other Ravickian books by Renee Gladman (this is the third) out from Dorothy are some of my favorite reading experiences I've ever had. AND AMINA! Amina was half responsible for &Now San Diego, one of my favorite things that's ever happened to me. I'm pretty overwhelmed every day of my life that I got to see so many living writers I admire. And my conduct throughout the whole thing was just embarrassing which, at least, I have a benchmark for behavior in the presence of those I respect now: don't open your mouth, Kari, or else. But Amina's work is A TREASURE (I Go To Some Hollow, Les Figues) and I can't even — I was not prepared for all this!

If you, too, seek to be overwhelmed, check out Anobium editor Ben Van Loon's interview with Sam Lipsyte (part 2 is here)! There is something beautiful there.


Q: So when people call your work cynical, do you think it’s ever appropriate?

A: I know why it’s called cynical, but to me, cynical is if you make plastic road cones for a living, and you know that something in the material is harmful to human skin, and you say that you’re not going to do anything about it because the profit is too good. That’s cynical. I’m writing about life, which I find very dark and very funny and very moving.

Nona Willis Aronowitz (Tomorrow Magazine, Minimum Ragers) and Aaron Cassara (Barista) are working on a documentary series for Atlantic Cities on small cities utilized by millennials. I saw they were headed to Pittsburgh and emailed Nona to suggest they stop in Harrisburg. They did!

It was about to close for the night, but I'm glad they got to see the Scholar, even briefly. We met there and moved uptown to the MakeSpace, where the time passed extremely fast. I'm so glad they got to talk to as many people as they did, all of whom are representative of all the things I love about Harrisburg.

They had a rental car with which they were very unfamiliar and it was magnificent watching them struggle with it. They were favorably impressed to an extent I could not have foreseen. I confirmed for myself what a lousy subject I make, which justifies anew my commitment to being the creator.

I've been asleep since then (that was Wednesday/Thursday). Scant waking hours that have punctured through I've been editing a seven-page interview with one of the MakeSpace artists, polishing the first installment of a new column, and learning about Medicaid expansion.

In the past I've touted "reading comprehension" as a skill on my resume. Now faced with the subject of Medicaid expansion I feel like I've really been lying all along — to myself most of all. I've spent days on this research, and every time I think I've wrapped my head around it enough to commit to a declarative statement, I wind up in that special blank mindset that I associate with the Law & Order: SVU theme song playing on a loop, forever.
Posted by Unknown at 2:53 AM No comments: