I want to be unbearable.

I was ecstatic to see the New York Review of Books devoted four full pages and a tiny bit of a fifth page to a review by Terry Castle, called "the Unbearable," of two of the three Plath biographies that came out this year, Carl Rollyson's American Isis and Andrew Wilson's Mad Girl's Love Song. 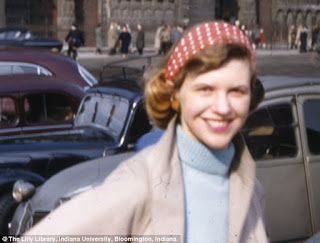 IT IS A TERRIBLE REVIEW.

And I do not mean she thinks poorly of the books. "It will come as no surprise that I'm one of those who will always be turning away from Plath," says Castle at the start of the review's final paragraph. Okay, whatever — she admits to her bias, that's fine. "I find her grisly — unbearable, in fact" — really? Why — "because, even five decades after her suicide, she and her corpse-infested verses hold on with such ghoulish tenacity. She seems never to tire of creating tragic inhuman mischief from beyond the grave."

"She seems never to tire of creating tragic inhuman mischief from beyond the grave."

That is absurd, Terry Castle. That is a fringe blog rant at best and nowhere near a valid criticism.

Wait! She does not just let this wild complaint hang there — she provides an example.


A respectful fisheries biologist — he taught at a university in Alaska — Nicholas Hughes had apparently done everything possible to distance himself geographically and psychically from his parents' cursed history. (Most of the people who worked with him knew nothing of his family story.) Yet Lady Lazarus caught up with him at last. He was said afterward to have been "lonely" much of his life and depressed by his failure to find love. His mother was by then long dead — he had never had any memory of her — yet even so I couldn't help wanting to kill her.

WHAT'S THAT YOU SAY.

"I couldn't help wanting to kill her."

Oh my god! Until this point I was conventionally disappointed. I don't find the observations that make up the bulk of the review really illuminating. She sloughs through the history of Plath-as-biographical-subject, including the bias exerted by the executor of her estate, Olwyn Hughes. She cites the death of many key players in Plath's life as an advantage of Rollyson and Wilson without so much as even kind of trying to maybe acknowledge that a distinct disadvantage of there being fewer and fewer tangible connections to one's subject makes one prone to PROJECTION. Which, in the case of both books, it did. And in the case of this review, it did.

I am relentlessly disappointed by the inability of critics to judge the work, and even here — when the work being judged here is by Misters Rollyson and Wilson! — Castle is totally overwhelmed by Plath the human. She's so totally overwhelmed that she cannot even judge writing that is about her, and the review dissolves into one long blah about Plath's poetry using "Nick and the Candlestick" to segue into that grotesque WTF at the end.

In the sole concrete observation about what new access to Plath's archives has yielded, Castle picks out the most mundane fact that is, at its kernel, not exactly a bombshell (Plath had a crush on Richard Sassoon that persisted after she met and took up with Hughes — those who think she fell fully for Hughes the moment they met are mere Plath hobbyists). There are totally revelations to be found in those two books (one of which I reviewed in HTMLGIANT) and she does not touch on them or the dubiousness of some of the conclusions both biographers draw. Her chief comparison is the pace of the two books: Wilson's dwells in Plath's life before Hughes and Rollyson's rips through her life manically from start to finish.

The one interesting note that Castle makes in all the many words that she devoted to these books is about the abrupt ending to Wilson's book: "how easily the 'life before Ted' might have become the 'life without Ted.' Would such a tweak in the course of destiny have meant more years — with or without poems — for Sylvia?"

Holy shit, when people call Plath "Sylvia" — would it not make you stop if, reading an esteemed publication, you saw T.S. Eliot referred to as Tom? That really shakes a critic's credibility for me right there. And this is last on my barometer of concerns regarding this review.

I'd sooner recommend American Isis and Mad Girl's Love Song than this review, and both are inferior biographies. It's hard to pick a lesser evil between "she was a goddess too rare for this world so of course she had to die" (Rollyson, mostly) and "she's an evil hag casting spells from beyond the grave to get bulemic [sic] female undergraduates to keep her heinous poems in vogue." Castle actually makes this characterization, and unless NYRB messed up bulimic on purpose to be saboteurs, way to diminish the suffering of untold numbers of living humans with psychiatric conditions and appear unable even to Google a word you do not know.
Posted by Unknown at 10:05 PM