Internationally known for being broke.

Liz Laribee (with Ian Kanski!) is on the digital cover of the American Prospect today! 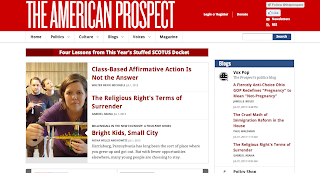 And the story of Nona Willis Aronowitz's visit to Harrisburg is enclosed. Look at this excellent paragraph:


Like many Rust Belt cities, Harrisburg has experienced major brain drain—the mass exodus of educated young people from post-industrial cities to the coasts or the Sunbelt. On average, Pennsylvania has lost 20,000 18-to-24-year-olds a year since the 1960s. Growing up and getting out has simply been the expectation. “Well, you’re not supposed to be here. This is not the place for you,” Kari Larsen, a 26-year-old lifelong resident of Central Pennsylvania, remembers being told when she complained to adults about the area’s stagnant culture. But thanks to the crappy economy, fewer young people are leaving the scene. After decades of steady loss, the 2010 census revealed a slight increase in the number of 24 to 35-year-olds in the wider Dauphin County area compared with 2000. The reversal in Harrisburg reflects a wider trend: Millennials are 40 percent less likely to move out of their home state than young people were were in the 1980s.

Wonderful pictures (by Amanda Owens!) of the MakeSpace in its formative stages are also included, as well as the fact that the Harrisburg residents Nona spoke to are collectively more glib than those in bigger cities with more established millennial enclaves. Glibber and more self-depreciating. I did suspend this impulse for "City Living" at Today's the Day Harrisburg, but if that facet of life here did not come across loud and clear, then I just would not recognize this place.
Posted by Unknown at 1:55 PM