The degradation would be mine. 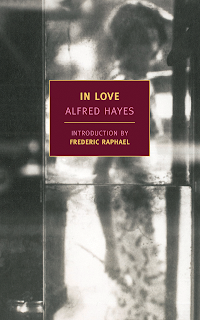 "Sometimes, hating the violent dispossession of myself which love brought on, I would wish to be elsewhere..."

"She had expected, being beautiful, the rewards of being beautiful; at least some of them; one wasn't beautiful for nothing in a world which insisted that the most important thing for a girl to be was beautiful."

"The only thing we haven't lost, I thought, is the ability to suffer. We're fine at suffering. But it's such a noiseless suffering. We never disturb the neighbors with it. We collapse, but we collapse in the most disciplined way. That's us. That's certainly us. The disciplined collapsers."

"My world acquired a tendency to crumble as easily as a soda cracker. I found myself horribly susceptible to small animals, ribbons in the hair of little girls, songs played late at night over lonely radios. It became particularly dangerous for me to go near movies in which crippled girls were healed by the unselfish love of impoverished bellhops. I had become excessively tender to all the more obvious evidences of the frailness of existence; I was capable of dissolving at the least kind word, and self-pity, in inexhaustible doses, lay close to my outraged surface. I moved painfully, an ambulatory case, mysteriously injured."

"Double beds, that was the first thing I was going to legislate for when I was President. Was I going to be President? Of course; and she was going to be, if she moved over, Congress."

"The whole point is that nothing can save us but a good fall. It's staying up there on the wire, balancing ourselves with that trivial parasol and being so pleased with terrifying an audience, that's finishing us. Don't you agree? A great fall, that's what we need." 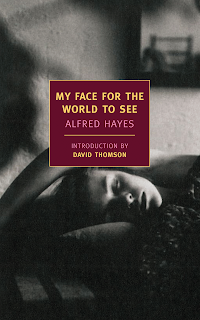 "The town was necessary for her. It was the place she would have, finally, chosen. It wasn't that she thought it glamorous or anything. That had worn off with the first timid step she had taken into a casting office. Nor even that inevitably someday the erratic and unpredictable spotlight which illuminated the chosen would wheel and illuminate her. She'd now (it was different a year ago, a year ago she'd been sick, a little mad, she'd tell me about it, someday, when we knew each other better) come to acknowledge that it was quite possible that she would never have the big career or enjoy the immense fame that luck or shrewdness or accidental beauty made possible here. That her face, after all, wouldn't be, despite all her ambitions, the face that the world would see so greatly magnified, there, in the darkened theatres. "Yes," she said, passionately, with a sincerity that at last silenced me, "it may be rotten," meaning the town, and the life in it, "but I like it and I wouldn't have it any other way; it seems right to me that it should be rotten the way it is." And it struck me that, yes, why not? Perhaps for what one wanted it was right that the town should be hard and cruel and cheap and bitchy and stupid: all the other words, too. Yes, I thought: this is perhaps exactly as it should be, and from that odd angle, hers, I could see why she might, after all, like it, and think of it even as something perfectly true to its own rhinestone self."