A series of mouths. 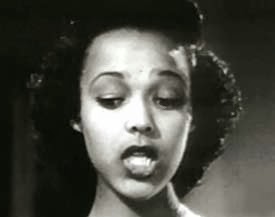 "The issue of racial loyalty is a tricky one, and largely specious if you knew the colored people we knew. Vis-à-vis that whole endlessly fascinating and tiresome race subject, SL and I lived as the actor Morgan Freeman said he lived: He didn’t play black, he was black. And it broke SL’s heart when I assumed fraternity with other black writers because, for the most part, they could care less what I felt. What interested them was how much of the black pie would I get. Or take away from them. Literature was a market. For instance: A black gay woman I was friends with at the weekly newspaper where SL and I met had a brother who was dying of AIDS. In fact, they had the same name. I used to go to one hospital to cut her brother’s hair, and then to my friend’s hospital, so he could kiss me good night. Both those young men died, and it was some months later, to win her white straight male boss’s approval, that that black gay woman took me out to lunch to ask if I would give my health insurance up—someone else needed it. SL liked to die as he watched me try to fill that dry fallacy of brotherhood with the Botox of faith. He turned his face away as those people behaved badly toward me because they could: They saw that I believed in them because I felt I should."

From White Girls by Hilton Als, excerpted at Guernica (photo of Dorothy Dandridge).
Posted by Unknown at 5:40 PM