A roller coaster of creative experience as if I’m making a new life for myself in France. 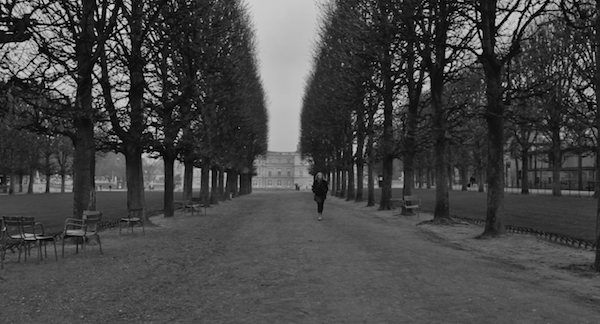 Horrids, at first sight, is not even a space, but a humid maze of bodies. London becomes for Ruth a series of grubby rented rooms the color of dud avocados. But while shopping in Liberty, Ruth beams when the clerks at Liberty call out and say, "Oh, you look like a little Parisian girl!" In Frances Ha, Frances (who was one of the "green girls" in her childhood ballet troupe) goes to New York to follow her dreams, which she scores to songs of the French New Wave while she sees her dream disintegrate in the reality of the city. Likewise, now that Ruth has relocated from Chicago to London, she has had to push her dreams elsewhere. She casts her gestures as those of a French New Wave gamine slogging tragically through Paris, redeemed by the fantasy that someone has found her significant enough to document.


I wrote about the space inside Kate Zambreno's Green Girl (rereleased by Harper Perennial!) and the space it creates and infiltrates in readers at the Fanzine. If you loved the 2011 Emergency Press release of the novel as urgently as I did, this is not only a perfect time to revisit it, but it's also not the same book in the way that one is, presumably, not the same reader. Or it gives the pleasant illusion that one has changed for the better as much as the text has. This is a very small part of its impact, though; I go into greater detail on its merit in the essay.
Posted by Unknown at 10:19 AM